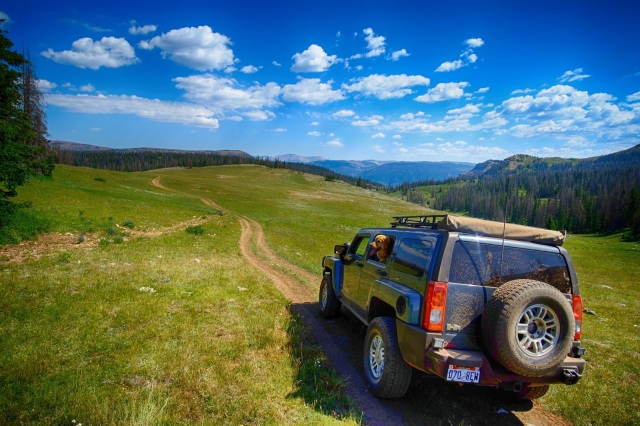 The greatest casualty of my divorce some fifteen years ago is the time I wouldn’t get to spend with my son and daughter. Now they’re adults, a metamorphosis that happened somewhere along the way to my mid-life, and having thus arrived, those years missed taunt the days we have left to pack them up with places, experiences and memories.

That’s not to say we didn’t make much of the State mandated Wednesday night and every other weekend, but I’m convinced that any Utah Divorce Court judge has no goddamn idea what it means to be legally reduced to a quarter-time parent. Say what you want about being there, but to date and through no fault of my own, I’ve been robbed of a little over six thousand bedtime stories. Times two.

And while that’s not the purest impetus for our adventures, it has something to do with finding the time to be together, outside, on the water, in a kayak, up the mountain, behind the wheel, on the trail.

For the last weekend of July, 2016, my daughter and I were together in the High Uintahs. Like our Kolob getaway, the area around Hanna, Utah, is becoming more of a tradition due to family reunions.

Off of Highway 35 to Hanna, we picked up 144 heading north to Defa’s Dude Ranch, but stopped short at the Aspen Camp Ground. We arrived Thursday evening, set up camp, picked up some firewood, had dinner and talked the night away.

Friday morning we skipped instant oatmeal and camp coffee for breakfast at the Hanna Cafe, which I highly recommend. Fully carbo-loaded, we turned the H3 up the trail picking up Blindstream Road to take us to the top of Rock Creek. I’ve been there before, a couple of times, and wanted Addie to be able to take in the views. 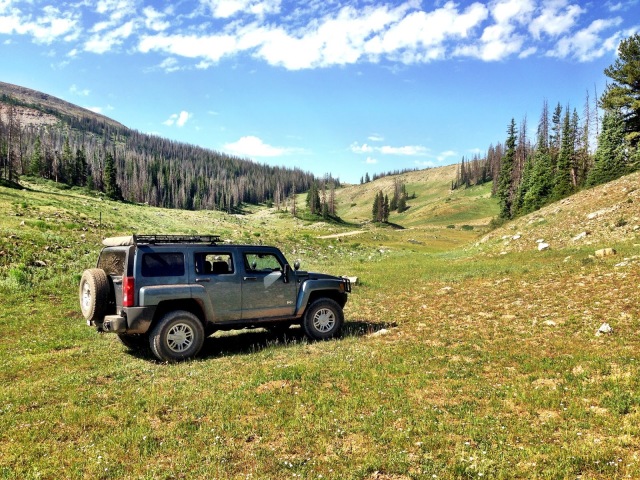 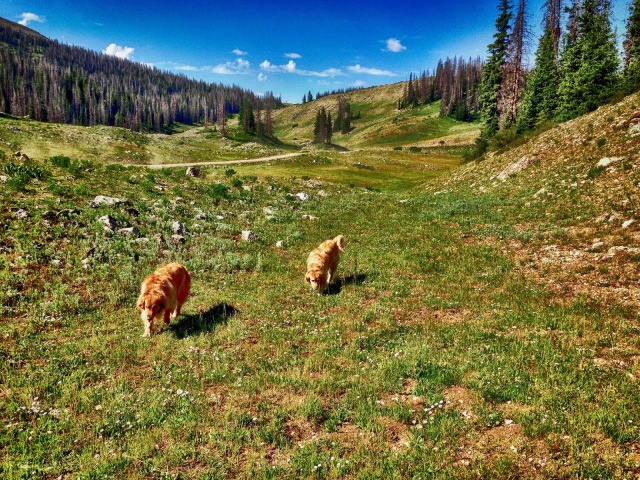 We made our descent back to 35 where stopped at a fishing spot along the Duchesne River where she tried her luck at fishing and the dogs cooled off.

This saturates the neurons that hold memories and the ties that draw us closer together.

We relaxed the rest of the afternoon back at camp and hit the Hanna Cafe for dinner since the freeze-dried Beef Stroganoff I packed was a single serving instead of two.

My in-laws have deep roots here, having built the cafe and the general store across the street, along with a dance hall and cabins along the river, all family history into which Addie and I have adopted ourselves. And yep, that’s John Wayne up on top. No relation.

Friday night was spent watching a traffic jam of campers invade the Aspen Campground and then when the stars came out we had fun making this picture.

A single small flame from our campfire illuminated the trees while the shutter stayed open for thirty seconds to get that amazing star field. It’s amazing what our eyes do not see, like the time our hearts do not remember.

I am so grateful to be in the company of this amazing young woman. We stopped at Scipio on the way back to St. George today. Addie came out of the convenience store making her way back to the H3 in her shorts, a tank top and her famous boots. She didn’t see the old couple behind her, decked out in their Sunday best, the woman gawking at my daughter, the judgement screwed up all over her face. She has no idea.